Once on this Island

2022 Season
This Tony Award-winning musical features Afro-Carribbean beats and is an inspiring folktale about a peasant named Timoune who makes a deal with the gods to be with her love Daniel from the wealthy side of the island. 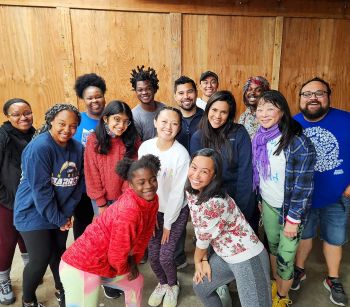 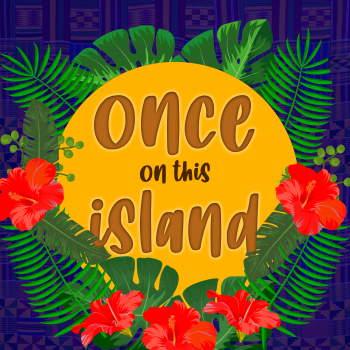 This highly original and theatrical Caribbean adaptation of the popular fairy tale, The Little Mermaid, garnered eight Tony nominations for its Broadway run, including Best Musical, Book and Score. Ti Moune, a peasant girl, rescues a wealthy boy from the other side of the island, Daniel, with whom she falls in love.
Unbeknownst to Ti Moune, the pompous gods who preside over the island make a bet with one another over which is stronger, love or death, the stakes being Ti Moune's life. When she pursues Daniel, who has returned to his people, Ti Moune is shunned because of her lowly status.
Her determination and capacity to love, though, is not enough to win Daniel's heart, and Ti Moune pays the ultimate price; but the gods turn Ti Moune into a tree that grows so strong and so tall, it breaks the wall that separates the societies and ultimately unites them.

ONCE ON THIS ISLAND